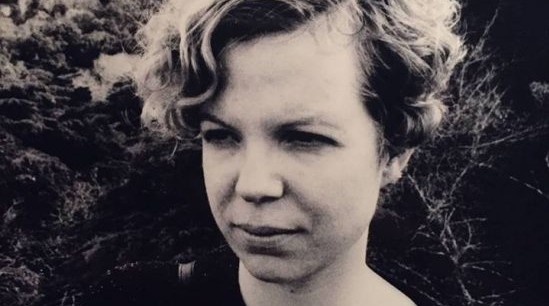 Joana Pimenta is a filmmaker and writer from Portugal who lives and works in Lisbon, the U.S. and Brazil. Her latest film, An Aviation Field, premiered in the International Competiton at the 69th Locarno Film Festival, was screened in the Toronto International Film Festival, New York Film Festival, Rotterdam International Film Festival, CPH:Dox, Rencontres Internationales Paris – Berlin, Valdivia, Lima, Mar del Plata, Edinburgh, among others, and received the Jury Award for Best Film in Competition at Zinebi ’58. Her previous work, The Figures Carved Into the Knife by the Sap of the Banana Trees, received the Jury Award for Best Film in Competition at Indielisboa and the Tom Berman Award at the Ann Arbor Film Festival, and was screened at the Toronto, New York, Jihlava, Taipei, VideoEx, and Syros film festivals, among many other venues. Her work in video installation was exhibited at the Festival Temps d’Images, National Art Gallery, Harvard Art Museums, Solar – Cinematic Art Gallery, Fundacion Botin, Galeria da Boavista, The Pipe Factory, among others. As a cinematographer, she was the Director of Photography for the feature Once it was Brasília, which premiered in the 70th Locarno International Film Festival in 2017, and for which she received the award for Best Director of Photography at the 50th Festival of Brasília. She is currently co-directing two fiction films with the Brazilian director Adirley Queirós, the short Rádio Coração (2017) and the feature Dry Ground Burning (2018).

The project that she is developing at the FSC, Bandeirantes, follows the hallucinated journey of two men and their imaginary army of sick bandeirantes in the seventeenth century as they feverishly walk, draw, map, define and steal the land borders of Brazil. The film works with non-professional actors to reenact the final part of their journey – after 12.000 kilometers and three years, when they are sick and hallucinating, stripped of their clothes and some of their limbs, surrendering to the fever of a land they are lost in forever, and that will never be theirs. 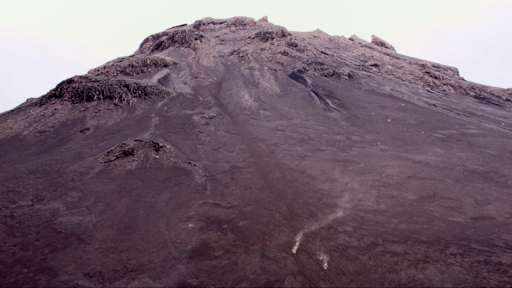 An aviation field in an unknown suburb.

The lake underneath the city burns the streets. The mountains throw rock into the gardens. In the crater of a volcano in Fogo, a model Brazilian city is lifted and dissolves.

Two people find each other in this landscape, 50 years apart. 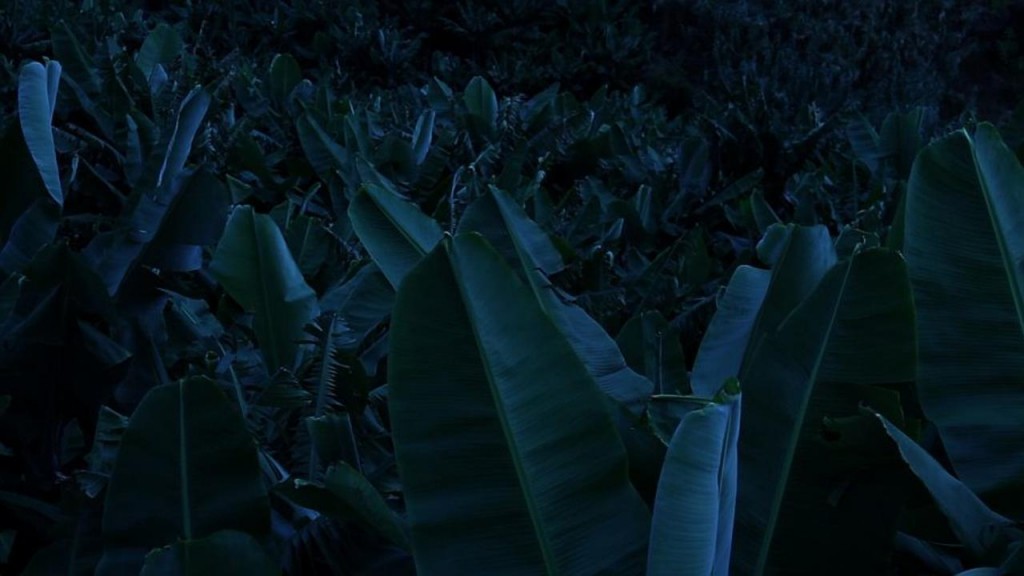 With its indelible images and an air of mystery, Joana Pimenta’s The Figures Carved into the Knife by the Sap of the Banana Trees mines an archive of correspondence between the island of Madeira and the former Portuguese colony of Mozambique. Because Pimenta’s source material is supplemented by fictive memories, imagination comes to fill in the lacunae of a long-suppressed history. Part postcard, part landscape film, part auto-fiction, The Figures Carved is both a sensual and sensory experience. (Harvard Art Museum)

We are delighted to announce that, as of July 1, Joana Pimenta will be the Interim Director of the Film Study Center.

There are no upcoming events at this time.
Go to Top